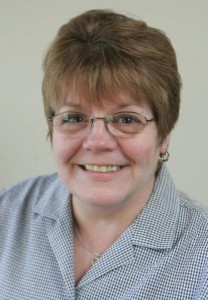 Anne met Aurora Financial Group founder Charlie Dibner during her six years as an administrative assistant at IMCG. Shortly after Aurora opened its doors, in August 2005, Anne joined the firm as Office Manager and Commander in Residence. She is now the firm’s Director of Operations.

Personal
Anne was born and raised in the Bronx, New York, but is not – she repeats, NOT – a Yankees fan. She has been married to her husband, Bill, since 1976. Being a graduate of the U.S. Merchant Marine Academy, Bill has been at sea during intermittent periods for as long as they’ve been married. They have three sons: Chris, who works for Liberty Mutual Insurance Co.; Joey, who lives in Portland and works for a bank; and Kevin, who graduated from the School of Visual Arts in New York City, works in the film industry, and resides in New York City.

Anne, a longtime Portland resident, loves spending time with her sister and the kids at their family camp on Peabody Pond. She also enjoys taking walks along the shores of Crescent Beach. Anne says, “I truly cherish all that makes Maine special – the rocky coast, the great beaches and the wonderful lakes. And, of course, Portland – especially the Old Port. Who could ask for more?”